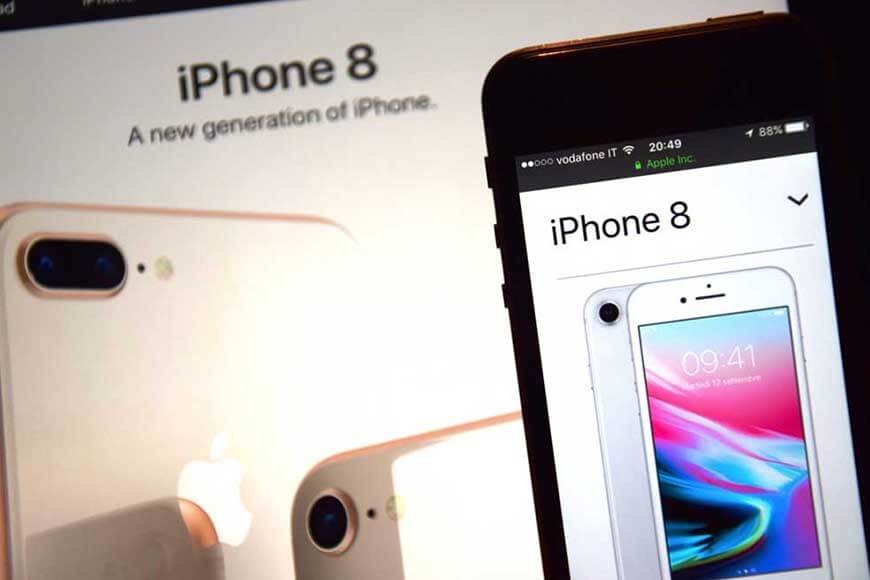 Apple is one of the world’s leading smartphone makers, and they launched the iPhone 8 recently. It comes in silver, grey, and gold shades with 64GB to 256 GB internal memory having extraordinary features. Its weight is 148 g. The screen is 4.7 inches with a resolution of 1334×750 at 326 PPI. iPhone 8 is water and dustproof. A camera is having a 12MP wide-angle and zoom and autofocus feature. The battery feature is just similar to the iPhone 7. It is a figure print sensor.

The brand new iPhone 8 has some problems which customer reported, such as:

Customers reported the common issue is the popping or crackling sound in the earpiece, but the good thing is that company is already working on this issue.

Although a strong processor of A11 TSMC fabbed 10nm FinFET six-core 64-bit ARM, iPhone 8 may be frozen for a moment before executing any command. The company is not fixing this issue. All you have to do is uninstalled apps to increase its performance.

The iPhone 8 battery is smaller than the battery of the iPhone 7, but it doesn’t affect the iPhone’s performance. The company expects that the same battery issue like iPhone 7 may be repeated in the iPhone 8, such as slow charging or bloating battery.

If you experience this issue, try to change the charger or go to the apple service center or RepairAdvise Philippine for battery replacement.

iPhone 8 provides you a wireless charging feature and has a glass back cover, which is not present in the previous iPhone. Due to different reasons, if the back cover gets defected, RepairAdvise is always there to solve it.

It’s too early to say that iPhone 8 will have the screen issue because it’s a new series. But some problems that the company is expecting are:

The company recommends that if the screen issue appears, then get it fixed by an Apple service center or authorized service provider. The screen of the iPhone 8 is very fragile; it must be replaced with care, so visit us for screen repair issue to save some money.

During manufacturing, camera defects often appear, such as blur image or no image. Apple care customers can avail of the replacement from apple service center. Sometimes the camera stops working due to a damaged lens. iPhone 8 camera replacement is reasonable at both Apple service center and RepairAdvise Philippine.

iPhone 8 is water and dustproof, and it survives underwater, but the user will have to take safety measures. If you are having any issue, bring it to RepairAdvise for fixation.

Points to remember before you send iPhone for repairing