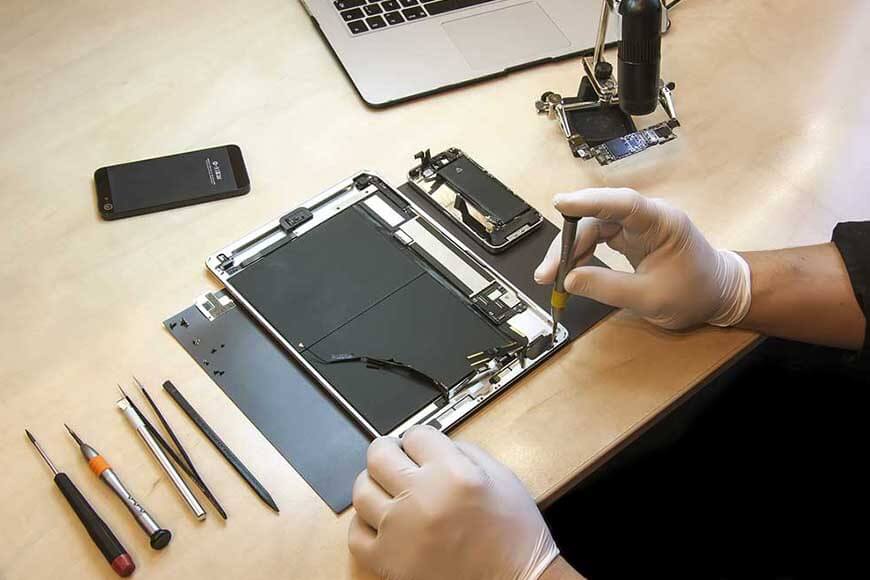 The iPad is an innovation of Smartphone makers, Apple, with outstanding features. iPad has other versions; too pad iPad is the premium model. One million apps are developed for the iPad. The internal memory is 64 GB up to 512 GB, also featuring the smart keyboard’s Apple pencil. iPad tablet offers you a PC experience with IOS 11 operating system.

iPad pro-resolution is 2732×2048 with a 12.9 inch LED touch screen display with a weight of 692 grams. It is a high-performance computer. It is not the first iPad from Apple, but iPad Pro is the best of Apple products for its clients

Over the year, several issues have been reported about iPad features such as hardware damages or software issues. But these are the small issues of the excellent product. There are two options if you have any issues regarding the iPad. Fix the issues on your own, or you can go to a third party or Apple service center.

Without a screen, the iPad is useless. It can be hardware related or related to software. Some common issues are:

Replacement is the only way to fix the screen issues. A third party like iRepair or apple service center, can do this for you. The third party is actually cheaper than the apple center service, which costs between $288 and $848, but it depends on the iPad model.

The other issue is that when you update the IOS, the performance of the iPad gets decreases. The problem is that the table becomes slow, or it does not respond properly or freezes for no reason. This needs the higher IOS then the tablet actual has. Bring your tablet to iRepair for fixing the issue.

Tablet will damage or mess up the motherboard if it falls into the water because it is not waterproof.  It also affects the screen of the tablet.

When the tablet falls into the water:

The iPad possesses the lithium-ion battery. Every model has a different type of battery. Common battery issues include:

Things to remember while sending iPad for repair

You have two options when facing the issues: go to a third-party repair center, and the other is the Apple service center. The third-party offers you more benefits such as low cost and less time, and you don’t need a factory restore. If the issue is of the motherboard, then a third party will handle this. The only issue is void of warranty.